We cordially invite you to join us for the

The conference and the location will provide a splendid opportunity to discuss scientific progress, to explore novel technologies and to enjoy hospitality in the Euregio under the motto “Catalysis without Borders”. 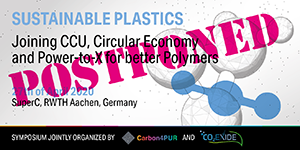 NEWS-ARCHIVE
The news archive contains previous editions of the CO2EXIDE-newsletter and thus provides an overview on the project’s activities.